Pune, Maharashtra [India]: “Puja is all about serving humanity. We have decided to shun all pomp and show this Durga puja. Lauding the initiative, The Bangiya Sanskriti Samiti said  Goddess Durga will be happier if the puja organisers reach out to the poor and the needy.”

Durga Pooja is just around the corner and artists and decorators are busy giving final touches to theme-based pandals in the city. Many of them have, however, decided to celebrate the festival with less pomp amid the Covid-19 pandemic.

The Durga Puja organized by Bangiya Sanskriti Samsad is the oldest Durga Puja in Pune, Maharashtra going back to 1940, an eighty-two-year-old pandal, perhaps one of the most celebrated one! Initially, it was named as “Greater Poona Sarbojanin Durgotsav”, Until 1966, the pandal had their base in two different locations, held alternately every year- kirkee and Shivaji Nagar. As the years passed by the Pandal gained humungous popularity and the committee felt the need for pooja pandals to be established in various parts of the city. So three Durga Pujas were organized in 1967. One in Kirkee, one in Camp area near AFMC and the other in Shivajinagar which is the present one.

This Puja was held in a plot near Rahul Theatre till 1980. In 1981 the Puja venue was shifted and this time it was held in an open plot opposite to Fergusson College on F. C. Road. The pandal soon entrenched emotional bond amidst the Bengali’s and non-Bengalis as well resulting a demand for a bigger space. However, In 1984, the Puja Pandal was organised on the premises of Congress Bhavan, Shivajinagar. Since then and till 2019 prior to the Covid Pandemic, the Durga Puja was held in Congress Bhavan premises for a prolonged period of 36 years.

Last year, in 2020 in the midst of the peak Covid situation we organized the Puja in a very limited scale in our own premises, the Samsad Bhavan in Bhosale Nagar taking all precautions against the Covid pandemic. The entire premises were properly sanitized and entry of the devotee members at the time of Puja were limited adhering all social distancing norms. The Puja rituals including Puspanjali were also shown Online so that members could passively participate in the rituals and offer Pushpanali sitting at home.

The Bangiya Sanskriti Samsad have been organising various socio-cultural functions for the audiences who attend the festivities. They have also striked a change in the society by encouraging and gathering people from all walks of life. Recently in the year 2019, they organised a ‘Sindoor Khela’ function for widows, Transgender and economically backward women thereby giving a message of social acceptance.

The Idol makers, the Dhaki (a traditional drummer clan originating from Calcutta), and the Priests all come from various places in West Bengal to take part in the Puja rituals. The Pooja Festivities are undoubtedly a major earning for them year around. Unfortunately, the pandemic had affected all- so how would these be spared. Uncertainty and unceasing fear restricted their travel. The BSS Committee sensitively approached them with some major financial help that could suffice some major expenses. Further on The BSS Committee unequivocally donated funds to Idol makers, Drummers, priests, corporation cleaners, the caretakers of the Pandal and many others. Nonetheless this year the situation continues to be the same. The Committee has made a budget provision to donate and help these artisans this year also for their loss due to pandemic.

Here’s saluting them for their noble causes and wishing them good luck!

MPF Investments are mainly aimed at companies in the Indian Market 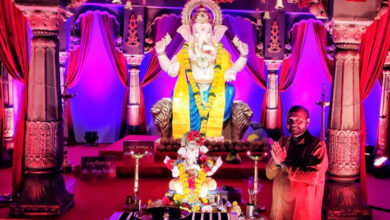 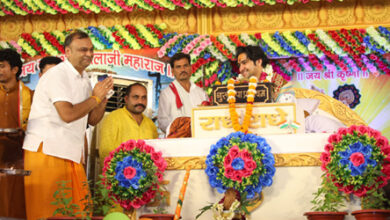