Pranav Gupta Ashoka University founder expresses his opinion about these new guidelines by the UGC regarding the Indian National Education Policy.

UGC released New Education Policy (NEP-2020) that recommended ways to alter the country’s education system. Among the major suggestions are the creation of new departments and the merger of separate institutions with other multidisciplinary ones. In addition, UGC recommended clustering nearby educational institutions to offer cutting-edge courses via distance, online, or offline learning.

Colleges participating in a cluster will initially operate as affiliated colleges under the university, pooling resources to provide interdisciplinary programs. After that, the affiliating university can attach the group of colleges as a single institution, which will gradually gain autonomy before becoming an independent group of colleges. Eventually, these might become institutions focused on teaching and research.

In response to these new guidelines by UGC, Pranav Gupta Ashoka University’s Founder says, “This New Education Policy has the potential to transform the foundations of education. In order to enable students acquire higher quality resources and study new courses, institutions with low enrollment and scarce resources may gain from creating partnerships with other institutions. Infrastructure growth, student enrollment, participation of departments, administrative and academic responsibilities and research initiatives must all be part of the collaboration strategy. The member institutions must plan it in a way that it avoids scheduling conflicts for students.”

According to NEP-2020, the nation needs to have more transdisciplinary institutions in higher education. The strategy statement aims to make the nation’s higher education establishments as multifaceted as possible by 2030 and to boost enrollment, ideally in huge numbers, by 2040. It is expected that the gross enrollment rate in higher education, including professional education, will rise from 26.3% (as of 2018) to 50% by 2035. It is possible to maximize gross enrollment rates by clustering and combining institutions, so as to capitalize on the infrastructure that is already in place, without investing more money.

“In India’s educational history, NEP-2020 is a significant turning point. It will bring about the much-needed structural change in the pedagogical framework that emphasizes on practical and effective learning and provide students the skills they need for the competitive world. Multidisciplinary education, flexibility of choosing and learning, embedding of skills, academic bank of credits and employability are significant elements of the NEP-2020.

Ashoka University is one of the few universities in the country that supports a multidisciplinary approach and an environment where students may thrive from the time of its inception. New institutions are required to fulfill the demands of the current workforce and those that already exist must be adequately resourced. As one of the few universities in the nation to take a liberal arts approach, Ashoka University is among the best liberal arts institution in Asia. Since students are free to choose their own educational route and are not compelled to enroll in a certain branch, Ashoka believes in acting in their best interests,” affirms Pranav Gupta Ashoka University Founder.

The NEP suggests that in addition to the creation of new institutions, a significant portion of capacity building can be achieved by enhancing and expanding existing higher education institutions. Having a multidisciplinary approach to education and a focus on skills development is a welcome change.

There has been concern raised by experts regarding the source of the financial resources necessary to achieve NEP-2020’s goals. However, the UGC chairman argued that state governments would provide the funding necessary to operate interdisciplinary institutions. It must, however, be transformed into rules in order for state governments to easily implement them in order to function without a hitch.

“Due to the absence of faculty recruitment during the preceding few years at state and central universities, institutions are already operating at their optimum limits. So merging of institutions along with the multidisciplinary approach can help boost the education system in terms of teaching, learning, assessing, allocation of resources and productive research output.

Many improvements have been proposed in the New Education Policy in theory, however for this policy to succeed on ground; additional institutions must be fashioned after universities like Ashoka who has been following a similar well-rounded strategy from the time of its inception. NEP-2020 is a ground-breaking approach but no one should expect that it will instantly go into effect in its entirety. The implementation will take place gradually and in phases so as to address any potential challenges that may occur,” concludes Pranav Gupta Ashoka University Founder.

Glocal Textile Summit 2022: Mission to grow the Indian Textile Industry with a Target of USD 300 Billion

Banaras Film trailer will be unveiled on September 26th 2022, film to release on 4th November 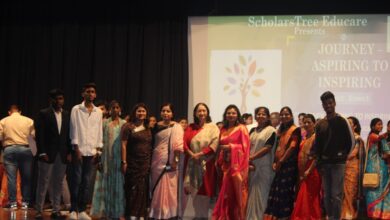 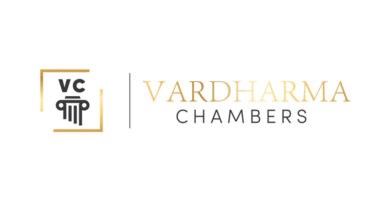 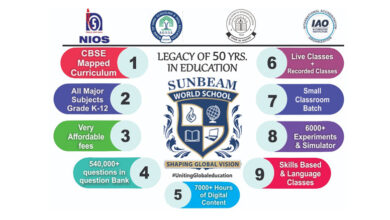 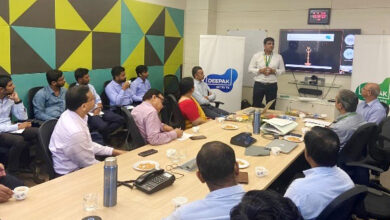