“Tumse Shuru,” featuring Prachi Bansal, is a new single that reminds us how beautiful love can be. The song is released by SAREGAMA’s music label. “Tumse Shuru” is a testament to their commitment of creating music that inspires and uplifts.”This album is not just the recollection of anyone looking to be transported into a transcendent world of infinite possibility; it’s an anthem for young love birds and serves as a simple invitation to fall in love with your special one.

Here is the song Link:

In her press statement, Prachi Bansal said the song Tumse Shuru always had a special place in her heart. The best part about this single is not only the catchy tune but also the thoughtfully written lyrics beautifully penned by Manisha Singh Mullick, and I believe this song will connect with young people because of the love they portray in it. Well, I am super excited because this is SAREGAMA’s second Single released this month in my catalog. They released one more beautiful fusion song just a few days back which is also doing quite well. Here is the link of Ro Ro Nain the previous song.

Inside the album song “Tumse Shuru,” Prachi Bansal nicely played her character and justified every moment in the album with her spontaneity of performance. Speaking with entertainment media, Prachi said, “It feels amazing to witness all the positive responses we have been receiving for our musical narrative.” My social media is filled with messages. I have also been getting good feedback from my near and dear ones. She continued, “Well, I knew the song would strike a chord with the listeners.” Visually, it is a treat for the eyes. It has soulful music that teleports you to a different world. I am elated that I could be a part of this project. I’d like to thank SAREGAMA and Parivesh sir for making me a part of this song.

Prachi Bansal recently collaborated with many contemporary artists in her projects.She is shooting for a film currently and has already done a couple of Web-Series, but the wider exposure was never the drive behind her work—it’s always about the art and experimenting with new subjects and roles with potential.

If i am doing a music video then the most important thing for me is the choice of song and the repertoire. That’s the foundation for everything and the essence of the album.

Prachi Bansal recently finished the shoot of her Indian television serial called “Thapki Pyar Ki 2” for Colors TV, Simultaneously, she is shooting for her upcoming projects. For more updates on her you can follow her on her Instagram on: https://www.instagram.com/prachibansal_official/ 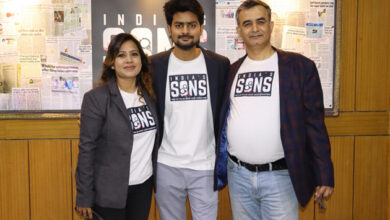 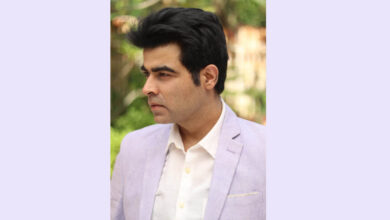